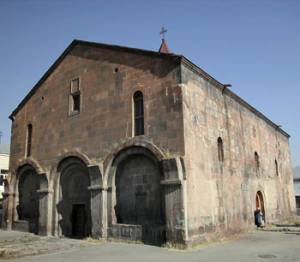 The St. Hakob Church belongs to the triple-nave basilica type with two couples of pillars, the chief altar in the eastern part and a couple of adjacent sacristies. The church has entrances from southern and western parts. Beautifully sculptured cross-stones (dated of 1504, 1571 and 1621) are fixed on the western front of the church.
In the God-denying years the church was locked and served as a storehouse. Later on, the St. Hakob Church was fundamentally restored by the government and began functioning in 1990.