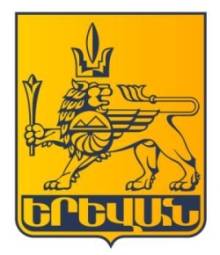 EMBLEM OF THE CITY OF YEREVAN
On September 27th 2004 at the meeting of Yerevan Council certain changes were made in the decision of Yerevan City Council N 1/8-2 dated April 26 1995: the description of the emblem of Yerevan was changed. In accordance with the 10th article of the RA law “On local self-government” and the Aldermen Council decision N 85-N “On symbols of Yerevan” dated 12.04.2010, the emblem has the following description: there is a lion depicted on the pedestal with the inscription "Yerevan" made with bronze Armenian initials on the blue background, with its head turned back and holding a scepter, which is the attribute of power. There is a crown depicted over his head with a flower rising from its center and symbolizing the tree of life. The symbol of eternity is on the breast of the lion with a picture of the mountain Ararat in its upper part.
The emblem has a form of a rectangular shield with the blue border line. Apricot and bronze colors are used in the emblem.
The author of the emblem is Albert Sokhikyan

FLAG OF THE CITY OF YEREVAN
The results of the competition held in 2004 were summarized on September 27 2004 at the meeting of Yerevan Council and by the decision of the Council N 12/1 the flag of Yerevan was established as the symbol of the capital of the Republic of Armenia.
In accordance to the 10th article of the RA law “On local self-government in Yerevan” and by the decision of the Aldermen Council of Yerevan N85-N “On the symbols of Yerevan” dated 12.04.2010, the flag has the following description: the white background of the flag is chosen as a unified symbol of purity, clarity and chastity. The emblem of the city of Yerevan is depicted in the center of the flag surrounded by 12 red triangles that symbolize 12 historical capitals of Armenia. 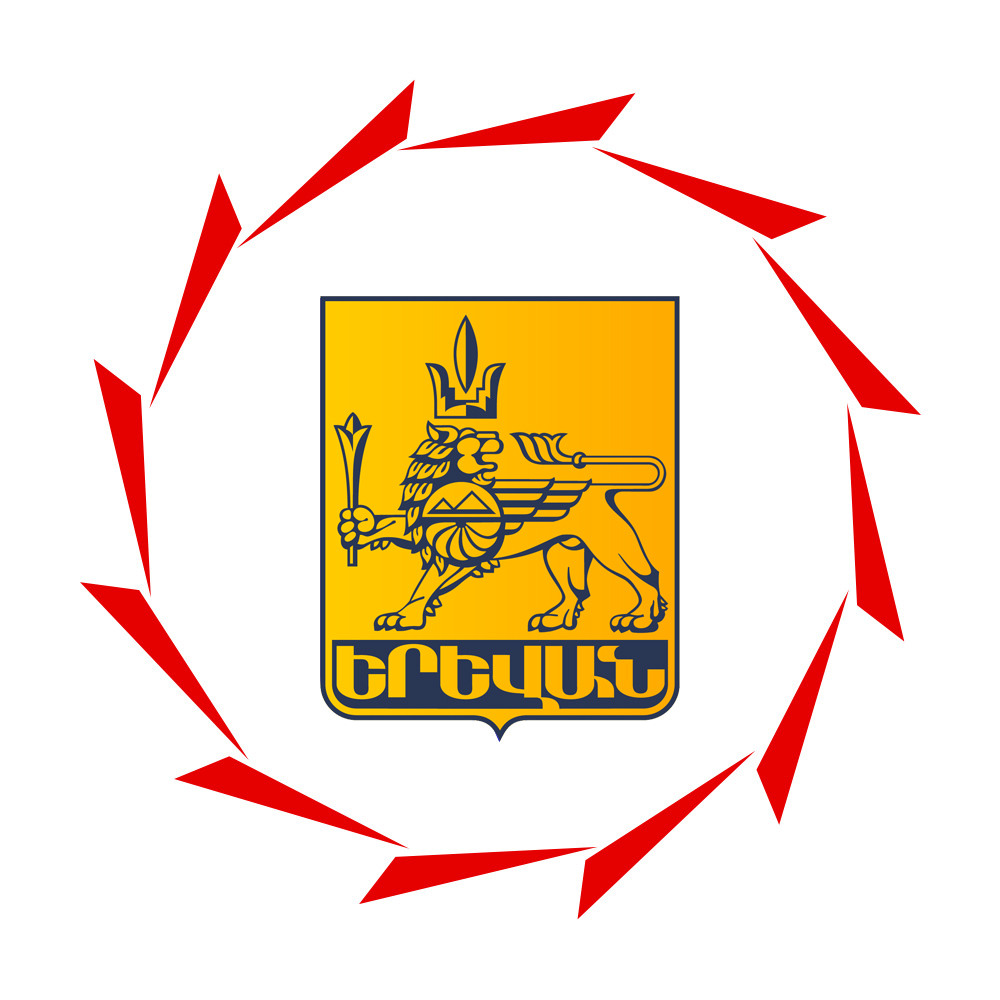 The emblem on the flag is performed in apricot and bronze colors with the blue border line: the co-authors used the colors of the national flag in order to emphasize the metropolitan importance of the flag. The width and the length of the flag ratio is 1:2. Keeping the ratio between the length and the width flags of smaller or bigger sizes can be used.
The co-authors of the flag are Karapet Abrahamyan and Karapet Pashyan.
Based on the decision of the Aldermen Council of Yerevan N85-N “On symbols of Yerevan” dated April 12 2010 and guided by the 4th part of the 10th article of the RA law «On local self-government», by the decision of the Aldermen Council N118-N dated 18,06.2010 other cases and the procedure of mandatory use of the symbols of Yerevan were established.


HYMN OF THE CITY OF YEREVAN