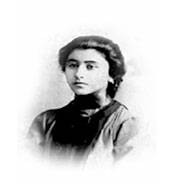 At the beginning of the Middle Age, the women’s education in the South Caucasus wasn’t provided in schools but via individual home education. An Armenian woman who got education herself or at church  taught elementary grammar, prayers and embroidery to one or a few girls. For example, let’s remember the teacher from Shushu town Yeghisabet Sargsyan who was called by her students Aker Yeghisabet. From 10 to 15 girls gathered under earthy roof and were taught the alphabet, the Bible and embroidery craft. Those schools were Khalif schools and in parallel with them, in the period of the Russian Empire, female schools began to open on state and private basis. But the difference in quality of teaching in these and Khalif schools was so great that it would be more correct to consider that women’s education in Armenia was formed in the first half of the XIX century. The contribution of Princess E.K. Vorontsova, the wife of the Governor of the Caucasus Prince M.S. Vorontsov, into women’s education is great. On her initiative, women’s charity society after St Nina was created in Tbilisi, and soon the society opened affiliations in several towns of the region( including Yerevan). This society undertook opening of female schools. The Princess gave 200 000 roubles for this purpose.The first educational establishment was opened in Tbilisi on May 5, 1846 and was named after St. Nina.

In Yerevan the female school was opened on January 2, 1850 and named in honour to St. Hripsime. In 1884 this school became women’s pro-gymnasium and in 1898-a gymnasium. It was located in Nazarov street (present-day Amiryan street), in a cosy house survived till the 90s of the XX century. Young girls mainly from wealthy families got education here, as the fees were rather high and not available for ordinary townspeople. There is an interesting fact, that besides the birth certificate, the entrants had to show documents on being baptized, health certificates proving that they had been vaccinated against chickenpox.

Together with the main subjects (Russian, Mathematics, General History and History of Russia, French) they were also taught drawing and painting, Dancing, embroidery, hygiene and some other subjects which were not taught in male schools. The Armenian language was not included in the list of compulsory subjects and the students had to get the right for studying their mother tongue by means of complaints and strikes.

Some years after opening St. Hripsime school, on April 10,1866, the second female school after St. Gayane was opened in Yerevan. It was a theological seminary created with the aim of instillation of religious moral among teenagers.

On August 31, 1879, on the decision of the Synod, the seminary was re-arranged into a secondary school with three grades. It was located in a comfortable premise in the courtyard of St Poghos-Petros church.

In April 1906, the third female school opened a s private pro-gymnasium which in 1912 was turned into the women’s gymnasium N2 after Alexander I. Besides the mentioned-above state schools, a number of private schools were operated in Yerevan and Yerevan district. The aim of one of the schools opened on the initiative of the trustee of the educational okrug of Yerevan Yermonia Ter-Sargsyan was to teach literacy. Before the  beginning of the XX century, the total number of Armenian female seminaries in the Caucasus and Armenian districts of the Russian Empire was up to 83 ones which had 4548 students. Thus, the number of educated women wasn’t big. However, if we take into account the fact that in the XIX century the South Caucasus stood on a low level as regards economics and culture and the prejudices were significant, the achievements in the sphere of female education can be considered serious progress.